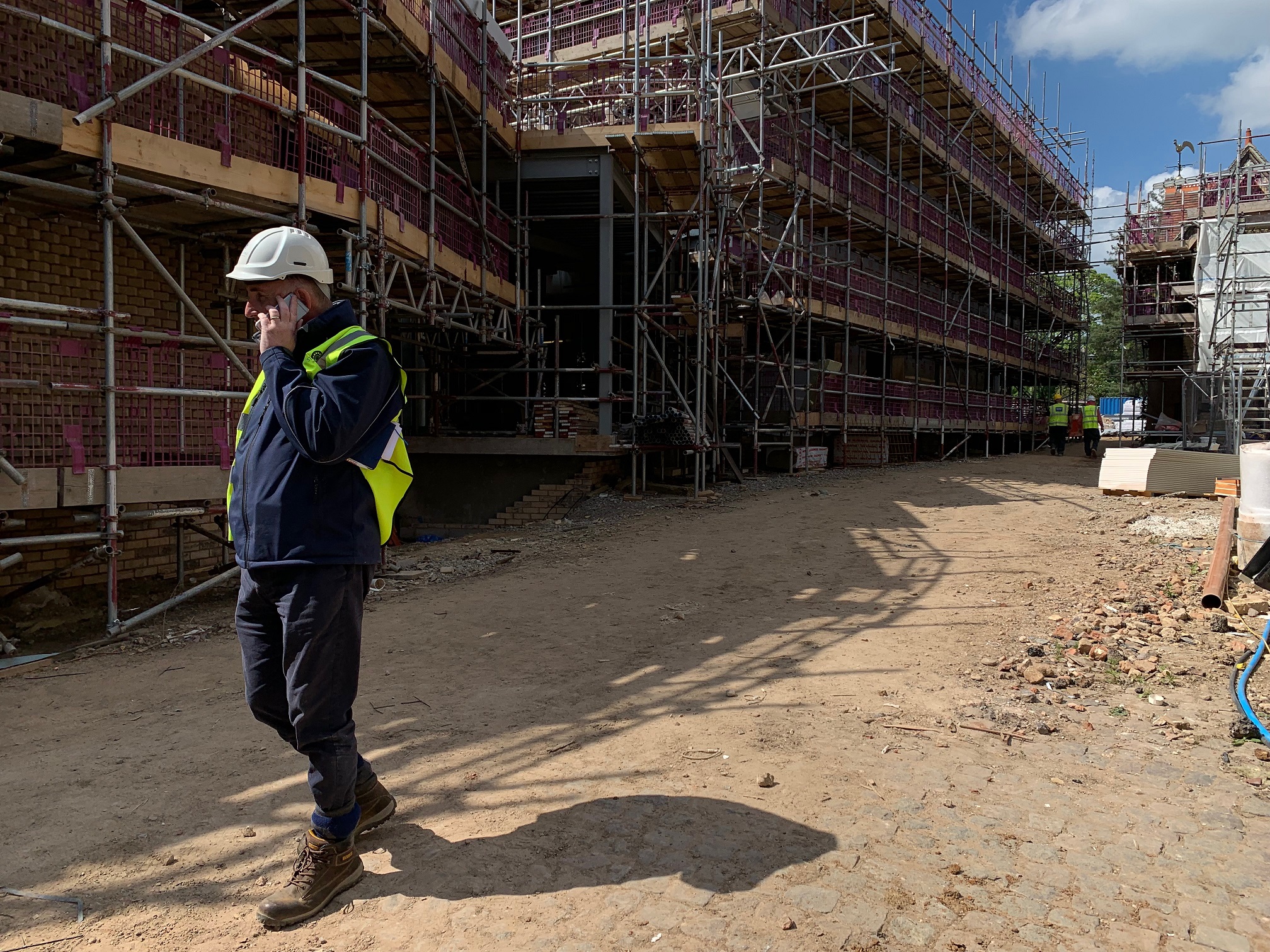 A Day in the Life of a Contracts Manager

Andy Chamberlain is part of our experienced management team, based in the Midlands office. He completed an apprenticeship as a stonemason and his aim was always to become a manager before he (in his own words) ‘got too old’. It’s a tough job, being a mason working outdoors all year round so Andy’s pleased to have seen Health & Safety and welfare standards improve enormously during his career. Now, his main concern is the potential skills shortage faced by the industry – particularly within the heritage sector and he’s a great advocate of the traditional apprenticeship route that served him so well.

What better way to find out what’s involved in the Contract Manager’s role than to spend a day with him out on the road? 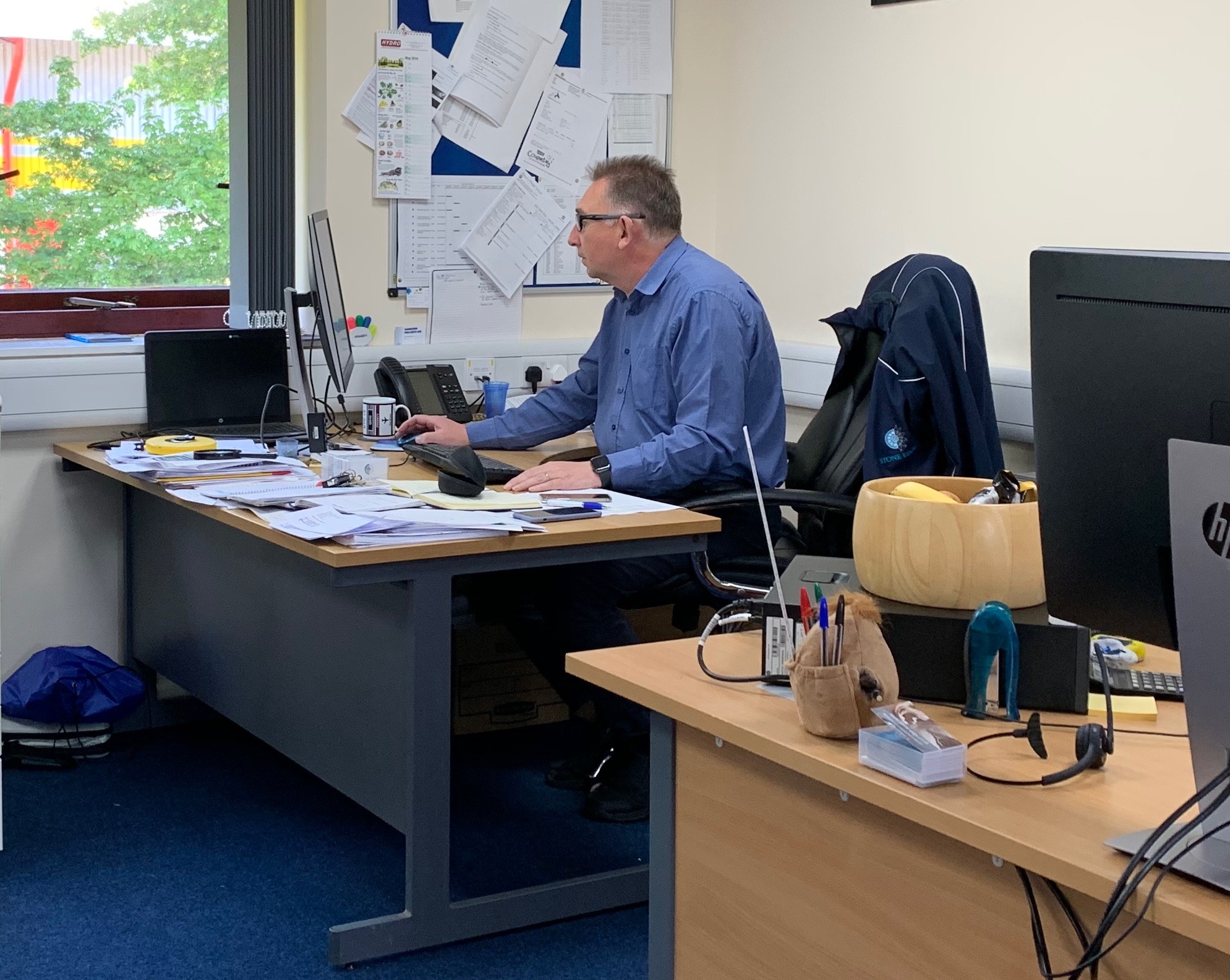 0800: Andy starts the working day in the Tamworth office, catching up on emails and placing supplier orders to ensure all eight of his live projects have the materials they need. Several phone calls and a cup of tea later and he’s ready to make his first visit.

1000: We make the short journey to Leicester, where Stone Edge is on site at the university’s Brookfield campus. We’re working with Henry Boot Construction, taking care of work to the historic fabric in amongst a large new build scheme. Andy checks all of Stone Edge’s work areas which are spread across the complex site on many levels. The project has included re-roofing, replacement of rainwater goods, timber repairs and decoration, stone replacements and brickwork. Inside, we have carefully repaired and conserved several original fireplaces. The work is progressing well and, after a thorough update from our foreman Ben, it’s time to get back on the road. 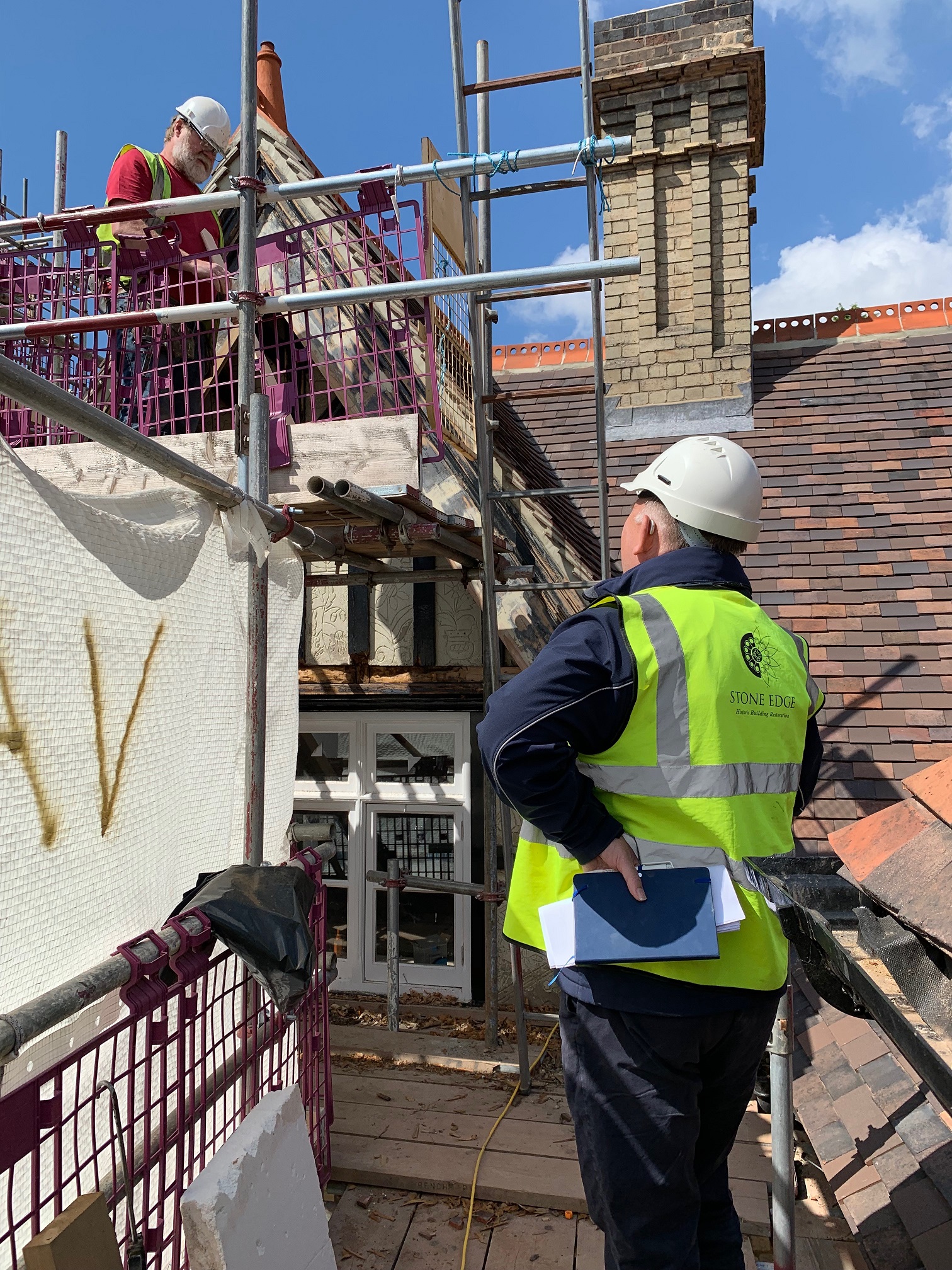 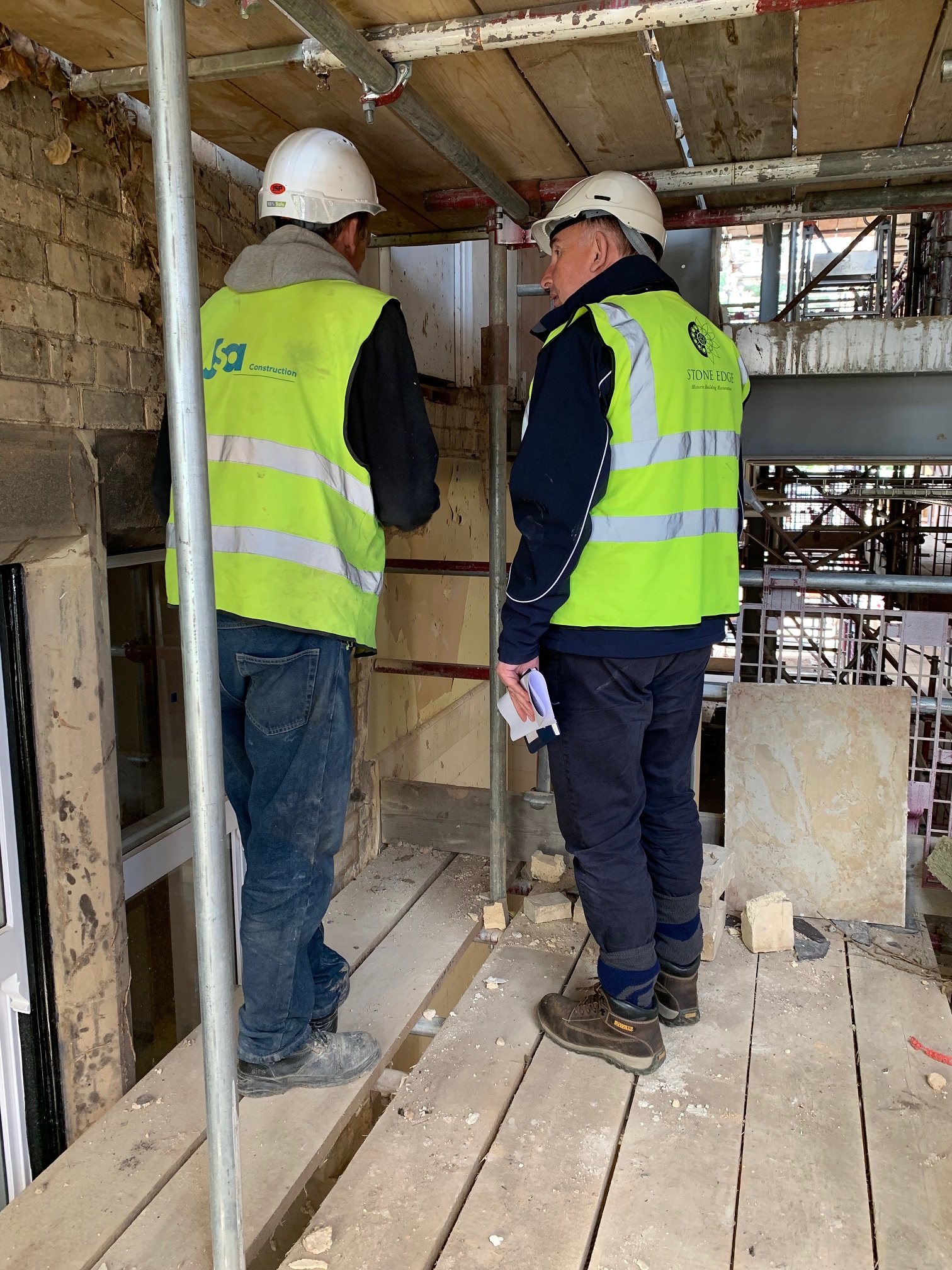 1230:  We’re driving back towards Birmingham to visit the next job.  Andy spends a considerable amount of time in the car – covering almost 30,000 miles a year – which is an unavoidable part of the job.  His current projects are spread across the Midlands as far as Hereford to the South West and Banbury to the South East and he aims to visit every job at least once a week, depending on the level of activity.  Once the weekends arrive, he’s (unsurprisingly) reluctant to drive anywhere but prefers to get out for a spin on his motorbike instead.  Heading into Birmingham, he fields calls from site managers and checks in with colleagues in the office to chase up some orders. 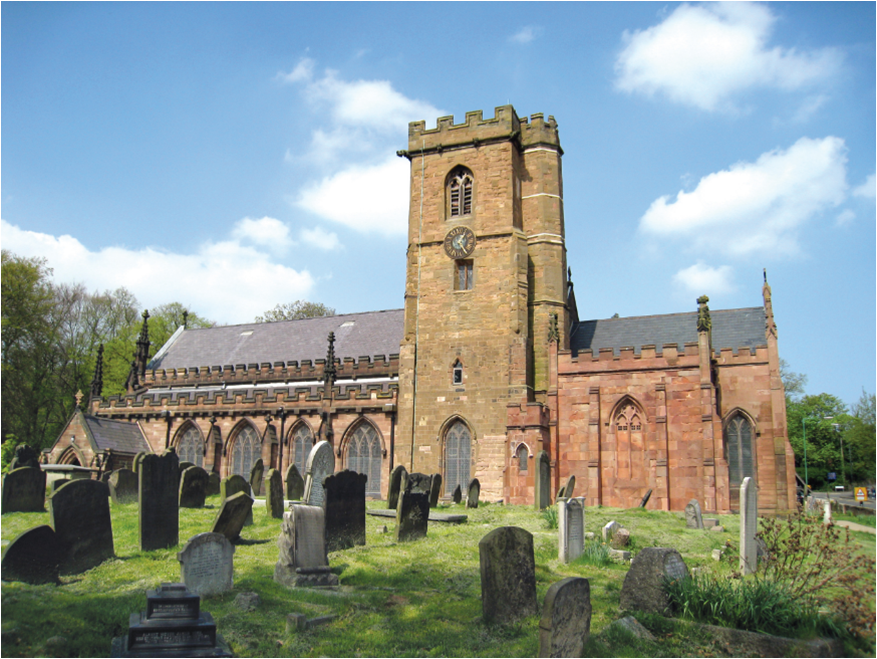 1330:  Handsworth, Birmingham.  We arrive at St Mary’s, a large Victorian church.  We’re on site here to deliver a major re-ordering project, a significant element being the installation of underfloor heating.  Even on a warm spring day, it’s very cold inside and easy to see that the project will transform the space.  Careful preparations are being made for laying the new floor surface which will begin soon.  Andy checks progress with the site manager Mark to make sure that the work is running to programme.  There is an interesting logistical challenge to address, with the relocation of a huge (and very heavy) metal safe, so Andy makes a call to an access specialist to order the right kit for the task. 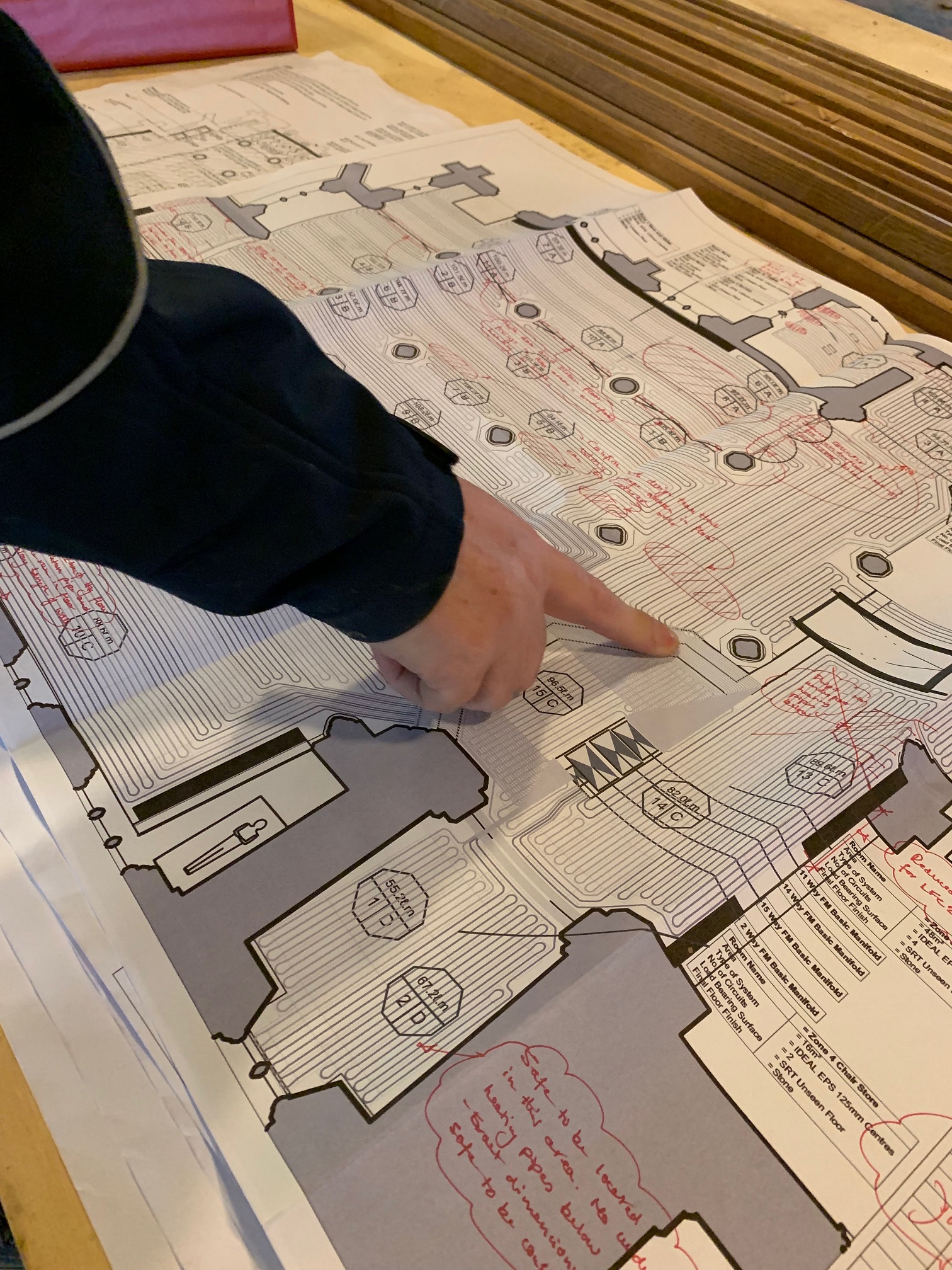 1430:  With two site visits completed, we make the journey back to base in Tamworth.  There are more emails to deal with along with phone calls and updates from the rest of the team over a cup of tea.  It’s clearly a complex, non-stop job and a pivotal role, but Andy’s calm demeanour and years of experience almost make it look easy. 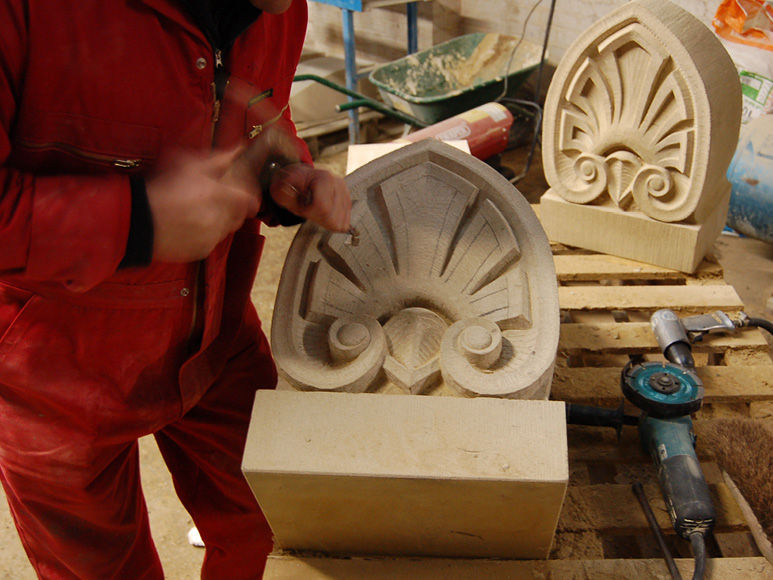 WE’RE LOOKING FORWARD TO WORKING WITH YOU